My Workshop
I've decided to share with you my basement workshop and my remodel of it as my work style has changed. Lets start with a little relevant history of the space. Our house in the east end of Pittsburgh was built sometime in the 1880's. I discovered this by looking at online maps of the area from that time period and the house appears on the 1890 map but not on the 1880 map so that's as far as I've been able to narrow it down. That being said, basements must not have been especially thought about in that because while the rooms of the house have 10ft high ceilings or higher, the basement is a mere 6ft from the floor to the bottom of the floor joists. I'm 5'9" so I can walk around down there in most areas. Also due to the age of the home the foundation is created out of sandstone rubble. They are a bit crumbly and I don't like to attach things to them.

Challenges
So in addition to being limited in height and not being able to hang anything on three walls I have identified a few other things as being challenges to woodworking in this space.

1. Area:
The basement is divided into 2 areas, the front which is 15ft x 14ft and the back with is 15ft x 13 ft. The areas are separated by the chimney foundation and there is an area to walk from one section to the other on the one side of the chimney. Also the basement stairs come down in the front area reducing approx 28 sq ft of floor space to storage only.

This is quite limiting on operations that require infeed and outfeed space.

This keeps some areas from being usable for workspace

3. Access:
There are only two accesses to the basement, the stairs from the kitchen which are only 24" wide and a door from the outside which while being 36" wide is only 6' tall.

4. Multiple functions:
Aside from being my workshop the basement is one of the few storage areas in the house and storage must be maintained. A chest freezer is also in place, along with the furnace and water heater of course.

5. Humidity:
In the summer humidity is an issue which I currently solve with a dehumidifier. I don't see this ever not being the case but I would like to find a permanent home for the dehumidifier instead of moving it around all the time, and a permanent drain for it would be nice too.

1. Stays dry:
Being an old house it is amazing how dry the basement tends to stay during storms. We get some heavy rain here in Western PA from time to time and I'm thankful that the hardest downpours only produce a trickle in a few small spots.

3. My space:
Since the space isn't really viable as a living space, no one wants it for a finished gameroom.

Pictures
Well here are some pics of the space as it stands right now, each followed by a pic from when we bought the house. Pardon the mess in the current ones, I'm building 3 screen doors for the house right now so there's alot going on. 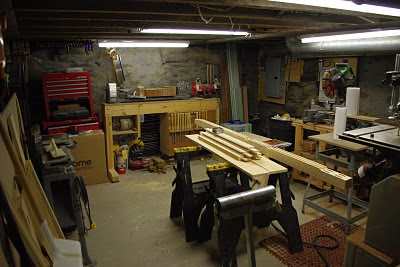 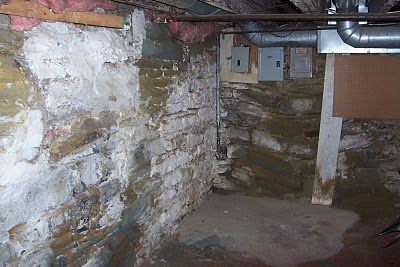 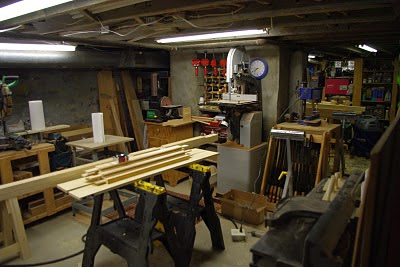 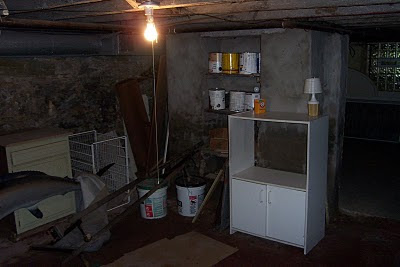 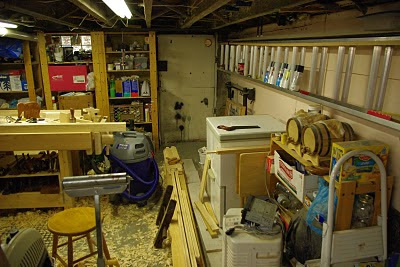 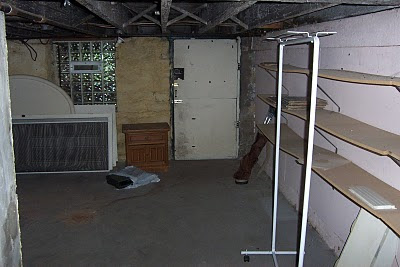 Posted by Regis Will